Water is by far the most significant element to building any civilized space. At the Freedom Village Georgia one we have an abundance of water, but it is in the ground and swells that have to be tapped by digging wells. From the first day that we arrived at Freedom Village, Georgia won and purchased the land. We were told by our neighbors that the water table was high and the pressure was amazing. However, due to inflation and the rising cost of absolutely everything. The cost of digging the well has increased significantly. When we first began work at the village, the cost of building the wall was $7000. Now it has risen to almost $15,000. Your families beginning to clear their land and make use of their space in order to build their homes. The use and the need for water has become more significant than ever. It is by far one of the greatest opportunities that currently is at the village.

The greatest thing about a well is the amount of low maintenance that is required once the well is established. In addition, there’s not a single household or a single person in our RV parks that will ever exist without utilizing the water. Once paid for it is a constant source of revenue to whomever owns the well. Overtime, we will build up to six wells at the Freedom Village, Georgia 1. Currently we are seeking to build a single well. On this single world, we provide multiple meters that will attract the utilization of any of the water by any of its people who are attaching it to their homes or their RV stations.

The maximum profit rate of the well can be calculated by utilizing a per gallon cost structure. The guaranteed pressure for the well is 250 gallons per minute 0r 75 PSI. The bill rate within the village will be $0.05 per gallon. At its maximum usage, it is $15 per minute per well. Given a basic offset of about 20 to 30% in order to deal with the downtimes that the water is not being used Then at full capacity it is possible to have a single well produce up to $200 per hour. However, our calculations have been based off of the freedom plans of each individual citizen moving into the Freedom Village over the next five years. The calculation also includes that the maximum amount of usage for one single Weld is 50 persons. With that in mind, the following profits can be expected for putting money into this project.

ROI and Projected Rate of Return

Images of a single well station. Well Pumps require electricity and a small building to insulate from damage by persons or the elements.

No backers at the moment
0% funded 0 backers 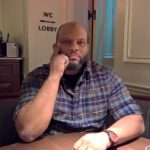 Are you sure you want to delete this project?